From our family to yours, Merry Christmas! It’s been an uneasy year, but here’s looking forward to new memories in the new year.

BY MAJOR HENRY LIVINGSTON, JR.
’Twas the night before Christmas, when all thro’ the house,
Not a creature was stirring, not even a mouse;
The stockings were hung by the chimney with care,
In hopes that St. Nicholas soon would be there;
The children were nestled all snug in their beds,
While visions of sugar plums danc’d in their heads,
And Mama in her ‘kerchief, and I in my cap,
Had just settled our brains for a long winter’s nap —
When out on the lawn there arose such a clatter,
I sprang from the bed to see what was the matter.
Away to the window I flew like a flash,
Tore open the shutters, and threw up the sash.
The moon on the breast of the new fallen snow,
Gave the lustre of mid-day to objects below;
When, what to my wondering eyes should appear,
But a miniature sleigh, and eight tiny rein-deer,
With a little old driver, so lively and quick,
I knew in a moment it must be St. Nick.
More rapid than eagles his coursers they came,
And he whistled, and shouted, and call’d them by name:
“Now! Dasher, now! Dancer, now! Prancer, and Vixen,
“On! Comet, on! Cupid, on! Dunder and Blixem;
“To the top of the porch! to the top of the wall!
“Now dash away! dash away! dash away all!”
As dry leaves before the wild hurricane fly,
When they meet with an obstacle, mount to the sky;
So up to the house-top the coursers they flew,
With the sleigh full of Toys — and St. Nicholas too:
And then in a twinkling, I heard on the roof
The prancing and pawing of each little hoof.
As I drew in my head, and was turning around,
Down the chimney St. Nicholas came with a bound:
He was dress’d all in fur, from his head to his foot,
And his clothes were all tarnish’d with ashes and soot;
A bundle of toys was flung on his back,
And he look’d like a peddler just opening his pack:
His eyes — how they twinkled! his dimples how merry,
His cheeks were like roses, his nose like a cherry;
His droll little mouth was drawn up like a bow.
And the beard of his chin was as white as the snow;
The stump of a pipe he held tight in his teeth,
And the smoke it encircled his head like a wreath.
He had a broad face, and a little round belly
That shook when he laugh’d, like a bowl full of jelly:
He was chubby and plump, a right jolly old elf,
And I laugh’d when I saw him in spite of myself;
A wink of his eye and a twist of his head
Soon gave me to know I had nothing to dread.
He spoke not a word, but went straight to his work,
And fill’d all the stockings; then turn’d with a jerk,
And laying his finger aside of his nose
And giving a nod, up the chimney he rose.
He sprung to his sleigh, to his team gave a whistle,
And away they all flew, like the down of a thistle:
But I heard him exclaim, ere he drove out of sight —
Happy Christmas to all, and to all a good night.

And as I have shared many times before, here is a reminder of what Christmas is all about.

Merry Christmas everybody! And a Happy New Year!

…who today turned 19 years old. I could not be more proud. 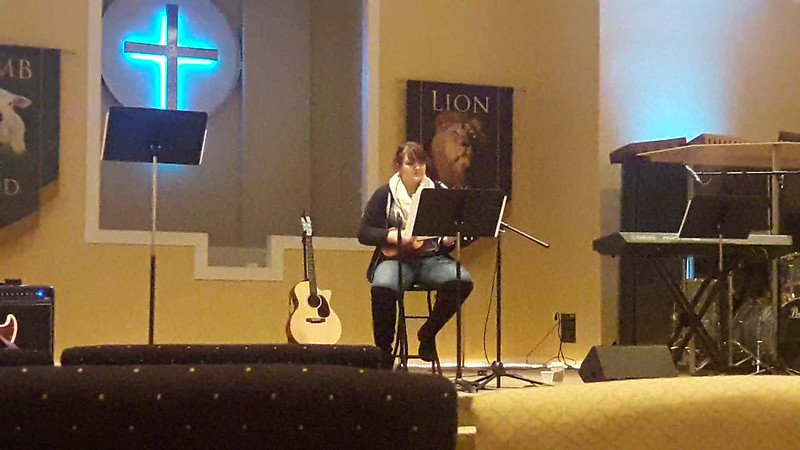 This is a quick administrative post to let you know that it is my intention to bring back much of the birthday, anniversary and well-wishes event postings this year. We’ve missed these way too often and at some point stopped entirely, but I have a renewed inspiration to make those happen with regularity this year. If you would like someone’s birthday or event to be included, please feel free to comment here or contact me more directly. Thanks!

The time is almost here for the Arconati Family Reunion. You may have already received a forwarded email, but if not here is your invitation and the relevant text from the email that Vince wrote.

I am writing on behalf of the South County Arconati family. The Arconati family reunion will be held on July 31, 2016 at Suson Park in South St. Louis County. The hours are from 11:00 AM until dark. It will be at the main pavilion by the lake. I have attached a link to the park website.

You can get all the information on the park and directions from the site. We have had the reunion there in the past so most of you are already familiar with the park. I would like to gather everyone’s email address as they tend not change as much as phone numbers and addresses. We can try to gather the rest at the reunion in July. Hopefully we can get an all-inclusive list of emails so we can stay in touch.

Be sure to pass along the invite to the family members in your chain. We are getting close to the date. See everyone in a few weeks!

The following information came in the mail this week.

We will be located in Shelter #1 which has direct access to the playground, restrooms and the swimming pool. The shelter also provides electricity.

From Hwy 70, take the Cave Springs exit, turn left, follow straight onto Muegge Road. The part will be on your right, approximately 1.5 miles from 70.

From 270 take the 364/Page exit into St. Charles. Take the Muegee Road exit and follow straight through to the 3rd stoplight and turn left into the park.

Who to call with questions?

[*Numbers removed for privacy. If you need to contact them with questions and did not receive the letter, please leave a comment below with your email and their information will be passed along to you.]

It’s kinda silly saying “Happy Birthday to me” but there you go. My dad sent me the following details about February 22nd:

1879
Frank Winfield Woolworth opened his first “Five Cent Store” in Utica, New York.
1924
Calvin Coolidge made the first presidential radio broadcast from the White House.
1956
Elvis Presley entered the music charts for the first time with “Heartbreak Hotel.”
1963
The Beatles formed their Northern Music Publishing Company.
1965
Filming for the Beatles’ second movie, “HELP!” began in the Bahamas.
1986
MTV aired 22 hours of the Monkees TV episodes in celebration of their 20th anniversary as a group.

One full decade! Double digits! She’s really growing up fast and I’m so very proud. Thanks for all of the emails and messages today. God bless the mothers in my life and yours. TWO!! Getting bigger every day…